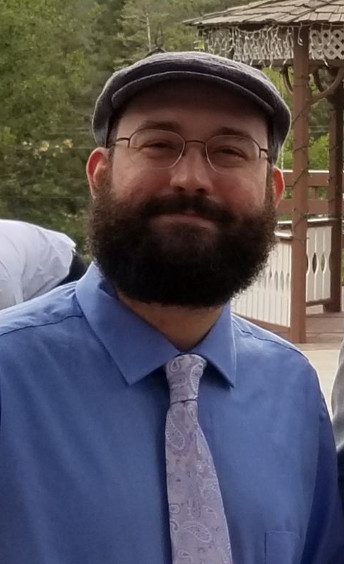 This blog's been up in one form or another since 1999. In that time I've written about topics ranging from comic books to video games to copyright law to creators' rights to Frank Zappa.

I also write eBooks and narrate audiobooks. Here's where you can find them:

It's 100 degrees out, but I've just moved into the server room, where it's chilly enough that I'm actually considering going back to hot coffee -- I've been drinking it cold ever since it got up to about 90 degrees out.

Of course, if I'd remembered to bring my towel today, I could probably use it to keep warm. Oh well -- I never could get the hang of Thursdays.

Anyway. Come July I think I'm going to be really happy to be in here. But come next February, I think I'll have to bring a blanket.

All right, you know what? I'll tone down the cursing since a lot of my referrals are still coming from my BioWare interview, but the events of the past couple days necessitate a good strong rant.

First of all, it's been the longest week at work since I started this job. Which, overall, is a good thing; I think we're going to get some good business from my efforts. But things got a bit stressful on Tuesday, repetitive yesterday, and repetitive yesterday.

And then there's coming home to find that my epic-level POS of a DVR box -- the infamous Scientific Atlanta Explorer 8000 -- was dead. I've been paying Cox entirely too much money for this joke of a system because I can't afford TiVo; hopefully when I get my 90-day raise I'll be able to make the switch. I'll have to hold my nose a bit given my intense political dislike of TiVo, but it beats the hell out of this calamity of a cable box.

So of course that leaves me waiting for the cable guy for three hours on Sunday.

And this morning, my AC was leaking. Dangerously closely, I might add, to the shelves where I keep my entire 16-bit console game collection. So I moved the shelves, put down some towels and pots, kicked the AC up to 80 degrees, headed to work, and made a maintenance request. But I think I should probably run back home at lunch to empty those pots in case maintenance hasn't shown up yet.

And there's one more thing bugging me, but it's a subject I promised myself I would never, ever complain about on my blog, so, in the interest of keeping my dignity and self-respect, I will instead complain about that godawful "I am woman, hear me roar" parody in the new Burger King commercials, which keeps getting stuck in my head. Everyone involved in any aspect of creating that commercial is in serious need of a good cock-punch. I grant that this applies to damn near everybody in the advertising industry, but this commercial deserves its own special place in Hell.

Anyway. It's been a weird damn twenty-four hours.

But on the plus side, they've announced the Han shoots first editions of Star Wars on DVD.

Noticed my interview's gone up on BioWare's site, so I figured that I should probably post something here other than my rather rude previous entry.

So, once again, welcome to my site, anyone who's here as a result of BioWare's writing contest; glad to have you and hope you enjoy it.

Incidentally, that interview appears to have reprinted my responses verbatim -- even my little tangent about that poetry professor I had -- and I also dig the new screenshot they took for it (though the PC looks a bit too much like Timothy). Kudos to BioWare.

Edit, 4:16 PM: Actually, they cut my closing comment, something to the effect of "Now if only Aurora were available for Linux." There may be more missing; I'll check later when I have my original E-Mail in front of me.

I am so sick of these bastards. Nary a week goes by when I don't stumble across their shit: I have some sort of problem I need to fix, I do a Google search, and wind up clicking on a helpful-looking link -- not looking at the URL it leads to -- only to find these assholes wasting my valuable time again.

Look -- I'm not giving you fuckers money for tech support, especially when there's no guarantee that your answer will have any relevance whatsoever to my issue. All you're doing is wasting my valuable time -- frequently when I'm at work and time, as they say, is money. And how the hell do you manage to get all your crap on the first page of every Google search for every conceivable network troubleshooting problem?

It's a gorgeous fucking day. The high is 77 and there's a pleasant breeze. And in Phoenix in April, each gorgeous day could be the last one until fall: in a month, it'll be up over 100.

I was very disappointed that I ran late leaving the house this morning and had to drive instead of biking. But on the plus side, we had an employee barbecue at lunch.

Other than that, we're moving servers around. Lot of heavy lifting and interesting maneuvering. In-between that I'm setting up a mailserver.

Reading: Stranger in a Strange Land. Which, other than making me use the word "grok" more often than usual (though I've used it for years anyway), has somewhat lowered my esteem of Speaker for the Dead, which seems to crib all its best ideas from Heinlein. I guess I'm now down to liking only one thing Orson Scott Card's ever written.

I just deleted 2.8 fuckloads of spam referrals from my stats and banned the sites responsible.

In the off chance that I accidentally deleted a site I shouldn't have, let me know.

If you don't want your site to be banned, then never, ever directly link my stats page.

Looks like I made the winners' circle in the BioWare contest. #3 in the community votes.

Thanks to everyone who voted, and anybody who's found my site through the contest, welcome, and I hope you enjoy my ranting about MapQuest. (Incidentally, dexonline.com has not actually fixed its Mapquest system, and still routinely directs me to Kansas.)

Updated Features to put my mod at the top, and to add my current Pyoko avatar.

(...Ack, damn daylight savings time. We don't do that crap in Arizona. Am I really going to have to change my blog settings twice a year? Laaaaaaaame.)

(I sure hope nobody's got an RSS reader open right now. I've edited this entry about a half-dozen times in ten minutes. And I personally hate when people do that shit.)

Penny Arcade has already handily mocked online maps, but I'd just like to put in my two cents about how MapQuest fucking sucks.

What follows is an actual map I received when attempting to find a nearby Japanese restaurant.

Meanwhile, until recently, all my results on dexonline.com looked like the following:

They seem to have fixed it now, but seeing as they're still using Mapquest, that just means an upgrade from pointing me to Kansas to telling me to drive a five-mile circle on the freeway for no reason.

While I'm on the subject, I hate sites with "online" in their names. Of course it's fucking online, it's a website. Why not just register dexdotcomwastaken.com and have done with it? I mean, maybe I'm not one to talk since my domain name has a hyphen in it, but seriously, what was wrong with qwestdex.com?

I also don't like sites with names that end in net.com. What the hell is that?

But I think we can all agree that the stupidest domain ever is news.com.com.

I have uncovered one of the greatest threats facing America: the extension of April Fool's Day.

The Internet is a stupid, stupid place where people make bad jokes and lie about things. On April Fool's Day, this idiocy is concentrated, and even encouraged.

Which, by itself, isn't so bad -- stay the hell off Slashdot on April Fool's Day and you'll be much happier. (Actually, I think you could probably make a pretty good argument for staying off Slashdot entirely yielding the same result.) But 2006 showed us a dangerous precedent: this holiday is no longer confined to a single day.

From Sonic Cult's "leak" of a bogus Sonic Xtreme torrent on March 31st to Joystiq's news story on Uwe Boll's upcoming Starcraft project the evening of April 3rd, it is clear the stupidity is spreading.

The Internet is already flooded with lame hoaxes and dumbasses who think they're funny. Encouraging an increase in this asinine behavior is okay for one day a year...but any more than that is flirting with disaster.

Looks like the BioWare voting should just about be wrapped up.

Thanks to everyone who voted.

We'll see how this turns out; I have a good feeling. They're going to announce the winners on Wednesday.

Reading: The Catcher in the Rye, which I am given to understand is turning me into a serial killer or an assassin or something. I saw it in a Mel Gibson movie.