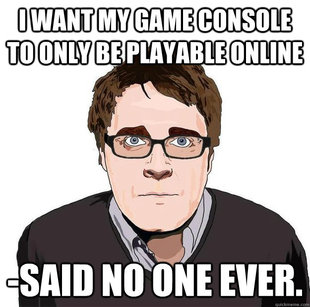 Jeremy commented on the general unfairness of the game and said that he's using savestates. I'm using authentic NES hardware, but I do have a Game Genie.

When I played through the game as a kid, I only used one Game Genie cheat code: infinite lives. It's amazing how much it does for the game's balance to eliminate the outmoded concept of a limited number of lives (a holdover from the arcade age, of course). Frankly it's odd, in hindsight, that Zelda 2 played the old "3 lives and then Game Over" meme, given that the original game didn't. I mean, sure, 2's a side-scrolling platformer, but Metroid was too, and it didn't bother with giving you a limited number of lives either.

So I resolved to take a crack at Zelda 2 on my NES, once again cheating a bit against its unfair difficulty with the use of the infinite lives code.

And when I went to look it up, I found, via Game Winners, two more codes that weren't in the official Game Genie book and which serve to mitigate the game's lopsided leveling system. So here are the three codes I'm using:

I think that, on the whole, those three codes go a long way to balancing out the difficulty of Zelda 2 and allowing its strengths to shine. It is a solid game.

So I've been having problems with my Wii. It's stopped running discs entirely -- I put one in, it spits it right back out. I suspect the spindle motor, and I'm going to try fixing it myself with a little help from the guides and parts at Console Zombie -- but before I go taking my Wii apart and poking around in its innards, I figure I should probably back all my shit up.

Course, as you may know, the Wii doesn't allow you to back up everything onto an SD card. Certain downloads and save files are copy-protected. This is what is known, amongst technical people such as myself, as a bunch of stupid fucking bullshit.

See, the way I see it, I should be able to back up my saves in case my console gives up the ghost. Or, say, go over to my brother-in-law's house and have access to every course on Mario Kart without having to unlock them all again in fucking single-player mode.

So I did a bit of reading up and found a utility called Savegame Extractor. It requires installation of the Homebrew Channel.

I have an old Wii and the latest version of the Wii System Menu (4.3U). After some reading, I found that the appropriate utility for my system was LetterBomb, and there are installation instructions at wiibrew.org.

It was about as simple and painless as root tools come. Select your firmware version and input your MAC address, then download the LetterBomb zipfile. Rename the private folder on your SD card, copy the boot.elf file and private directory from the zip to the root. Put it in the Wii, power it up, open up the messageboard, and click on the LetterBomb icon. From there I installed the Homebrew Channel, and installed BootMii as boot2 (apparently on recent Wii revisions you can only install as IOS, ie overwriting the Wii firmware).

Once you boot up again, you'll need to use either a GameCube controller or the buttons on the Wii face (Power to move the cursor, Reset to select an option) on the bootscreen. You should back up your NAND memory (provided you've got 512MB free on the card; it's under the gears icon, then the icon with the arrow pointing from the chip to the SD card).

Next thing: install the Homebrew Browser.

Create an apps directory on the root of your SD card. Download the Homebrew Browser, extract it, and copy the homebrew_browser subdirectory to apps. Once it's on the SD card, you can load it from the Homebrew Channel; from there -- well, from there I got a stack dump and had to reload it. But I reloaded it, and from there you can download all sorts of useful apps -- including Savegame Extractor.

In fact, there are a few variations on it -- there's Savegame Manager, which combines Savegame Extractor with Savegame Installer, and which also just flat-out stack-dumped every time I tried to use it -- but there's a fork called SaveGame Manager EX, which works great, comes with a GUI that mimics the Wii's, and has a nice batch option to extract everything from the Wii at one go, eliminating all that tedious clicking on each individual file and then selecting Copy. (And, okay, also copying over some other shit that you don't really need to expend the space on backing up, like the Netflix Channel. But hey, still.)

I'm doing this to access my data, the games I bought and paid for (and, all right, one that Brent got me for my birthday), the saves I slogged through hours of stupid bullshit single-player Mario Kart to get.

And I shouldn't fucking have to install a bunch of hacks to do this.

I like my Wii. Rather a lot. I mean, Jesus Christ, look at how much effort I've gone to to keep all the stuff I've got on it, and that's before I've even started taking it apart.

But Nintendo is completely fucking ass-backwards in its approach to modern technology in general and network play in particular. Its "safeguards" are asinine and poorly-thought-out. They won't stop some guy with an Action Replay from unlocking all the karts on Mario Kart or all the fighters on Smash Bros and then going online (and hey, Nintendo? Maybe if you didn't make it impossible to unlock anything on multiplayer in Mario Kart, and a pain in the ass to unlock everything on multiplayer in Smash Bros, people wouldn't be tempted to cheat to do it?). They just put up barriers to prevent people with broken consoles from getting their data off. Which, again, includes games they paid for.

...and frankly they're not very good barriers. This was really a breeze. I'd like to thank the developers of all the various tools I've mentioned, and the writers of the walkthroughs on how to set them up. Because this was pretty damn painless, and to be frank I enjoyed doing it.

Tune in next time to see how I do at taking my Wii apart and seeing if I can fix it.

If I even get that far. I don't have a tri-wing screwdriver onhand, so I'm going to see if I can get the screws out with a small flathead. If not, well, tri-wings are like $5 on Amazon.