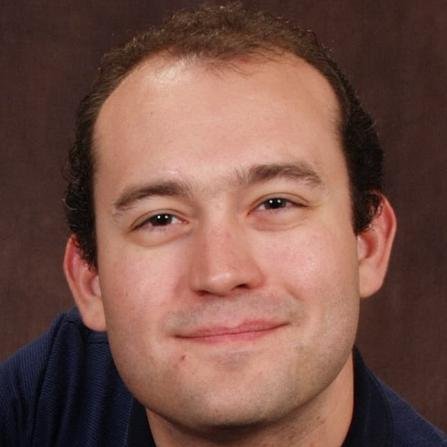 I'm in my thirties and live in Tempe, Arizona with my wife and my dog.

I've been a computer enthusiast since I was a toddler, a programmer since I was in grade school, and a web developer since around 1994. I got my BS in Computer Science from Northern Arizona University in December, 2004 (and blogged about it), and since then I've been bouncing from one temp job to another, some of them in the web design field.

This is a personal blog and -- those times I get around to updating it -- it's a place where I just talk about whatever subject I feel like. Sometimes it's politics or current events, sometimes it's comic books or video games, and sometimes I just leave myself notes to remind myself how I fixed some technical issue I was having. Sometimes, other people like what I have to say, and so I try to keep doing it.

There was a period between 2012 and 2013 where I managed to blog every day (mostly about Frank Zappa). I haven't been able to keep that pace up in the past couple of years, but we'll see what I come up with.

This isn't that site (though you can see an eye-searing yellow-on-blue cached version of it at archive.org), but it's got some 1994-vintage content here and there, like the KateStory, a silly little reply-to story my friends and I have been writing off and on for the past twenty-odd years.

I started this blog in December, 1999, and you can see it in the site archive looking pretty similar to how it did back then (though the navbar used to be on the left and there used to be a lot more navy blue).

I maintained the site manually -- including copy-and-pasting every update to a new archive page at the end of every month or so -- for around six years, until it got to be just too much overhead. In January 2006, I switched to b2evolution, and two years later I switched to WordPress.

I've been pretty conservative about updates to the site design over the years; I'd tweak the colors here and there, I moved the sidebar from the left to the right, and I added some borders and background colors so it wasn't black text on a white background filling the entire viewport, but my changes were always iterative, from 1999 to 2014.

In September 2015, I gave the site its most substantial overhaul to date, rebuilding it using JointsWP, a framework which implements Zurb Foundation for WordPress.

Ultimately, I think this is really just one more iterative update and I haven't pushed the site too far from the design sensibilities I've been following for the past decade and a half -- but now it's got mobile support, some prettier fonts, and okay it doesn't use the whole viewport on a wide monitor anymore. I think it works.

The Corporate Sellout Theme is published under the GPLv3, and you can access the source on Github.

All the original content I've created for this site is © 1994-2017, Thaddeus R R Boyd, and, unless otherwise noted, published under the Attribution-NonCommercial-ShareAlike 4.0 International license.

As for the content that I haven't created for this site -- well, the truth is, I've been maintaining this site for over 15 years, since I was 17 years old, and in that time I've posted hundreds of images and videos, and I'm afraid I haven't always done my due diligence in attributing copyright ownership.

That said, it's usually pretty easy to tell which content is sourced and/or remixed from other sources, and if you can't tell whether I own the copyright on something on this site or not, please feel free to contact me and ask.

And where I do attribute creator credits for original content on this site, you can usually safely assume that the content is owned by the creator -- for example, each chapter of KateStory is copyrighted to its respective author, as is each episode of The Mighty Trinity.

All trademarks ® and ™ their respective owners. Use of a trademark on this site does not imply endorsement by the mark's owner.